At FINN a grassroots group of developers and interaction designers launched an initiative to bring up awareness of accessibility. The law of accessibility was introduced July 1st 2014 and m.finn.no is covered by that law because of its major design changes. The Accessibility group in FINN wanted to convey the same message as the NABP; caring for people with disabilities when we build our services, hoping it lead to better user experiences for all.

Wednesday November 19th, FINN arranged an accessibility workshop in cooperation with NABP. About 30 developers, designers and product owners attended the keynote by Stein Erik Skotkjerra who is blind and by Kristoffer Lium who is partially sighted. It was an eye-opener for people to see how these two who represented a fairly large group of blind and visually impaired, orients themselves on finn.no.

A smaller group of developers and interaction designers attended the whole workshop. We got an introduction to the law of accessibility and the requirements in practice. Stein Erik and Kristoffer both emphesized that the most important is to make sites user friendly; not the law itself. If we think of people with disabilities when we develop finn.no, it will lead to a better site for everyone. Even for those who have a headache one day or are sitting on a bumpy bus while browsing finn.no.

The highlight of the day was perhaps “blindfolded lunch”. All workshop participants put on ski goggles that were spray painted black so no-one could see anything. Then they were ushered around before being led to a prepared lunch table. The canteen staff from FINN helped to create an exciting lunch with different samples in small cups. It was a challenge to know where the food was, to spread the butter on the bread, and simply to understand what we were eating.

At the end of the day the workshop participants tried out various tools Stein Erik, Kristoffer, and other blind and visually impaired use. The screen was zoomed several hundred percent and the colors were inverted. This is what Kristoffer usually does. With this enlargement and conversion we should try to locate an item on FINN Torget, and try to post a new ad. Again, this was an eye-opener, and we wrote down the areas were we got challenges. This had to be improved! Along with Stein Erik we used a screen reader. And on the last station, we used only the keyboard; no mouse. In all the stations we found areas that could be improved.

The last half hour of the workshop was used to solve the challenges we had found during the day. The result was several pull requests and a good number of issues in the backlog to make finn.no a better site for everyone! 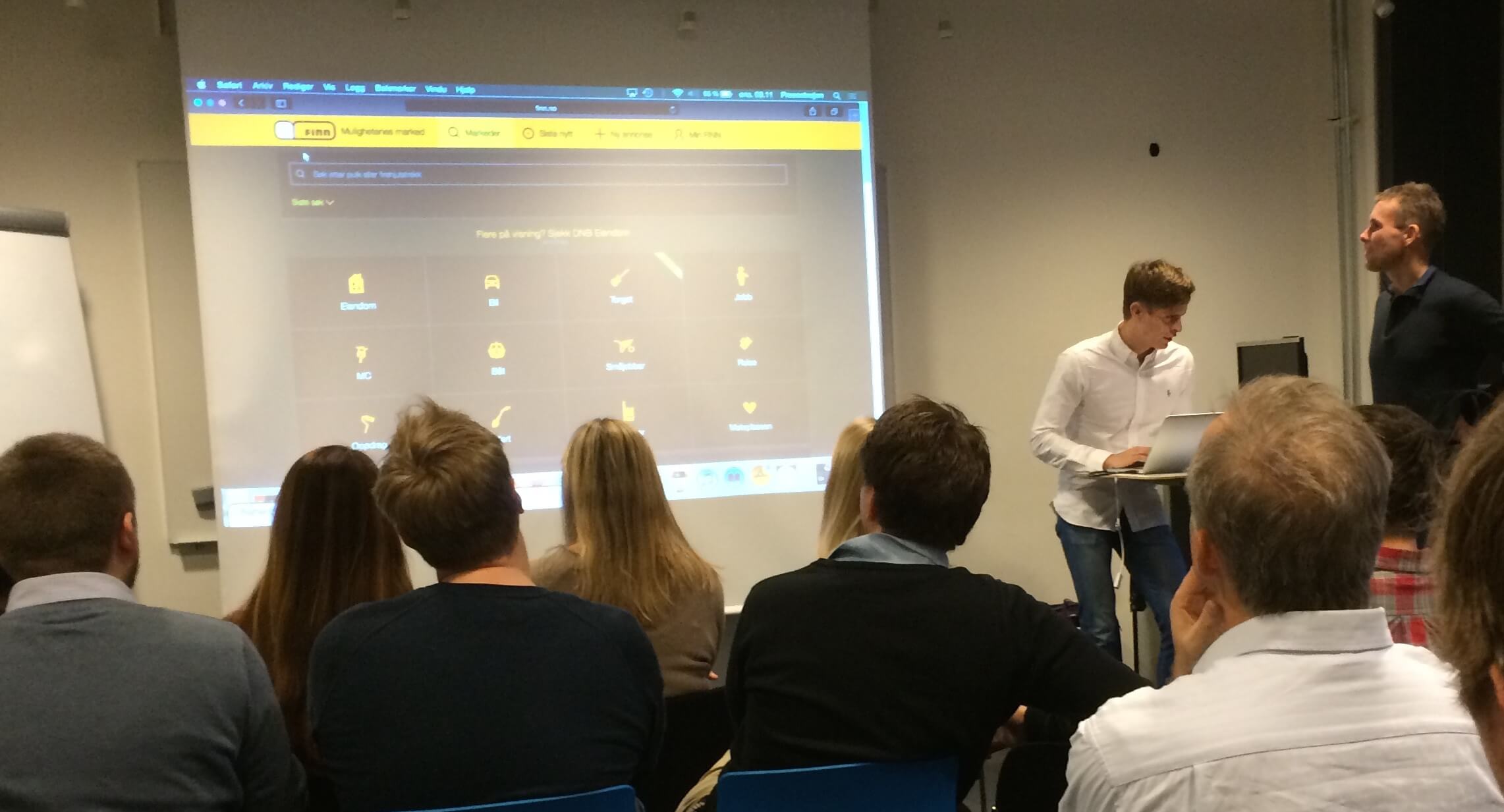 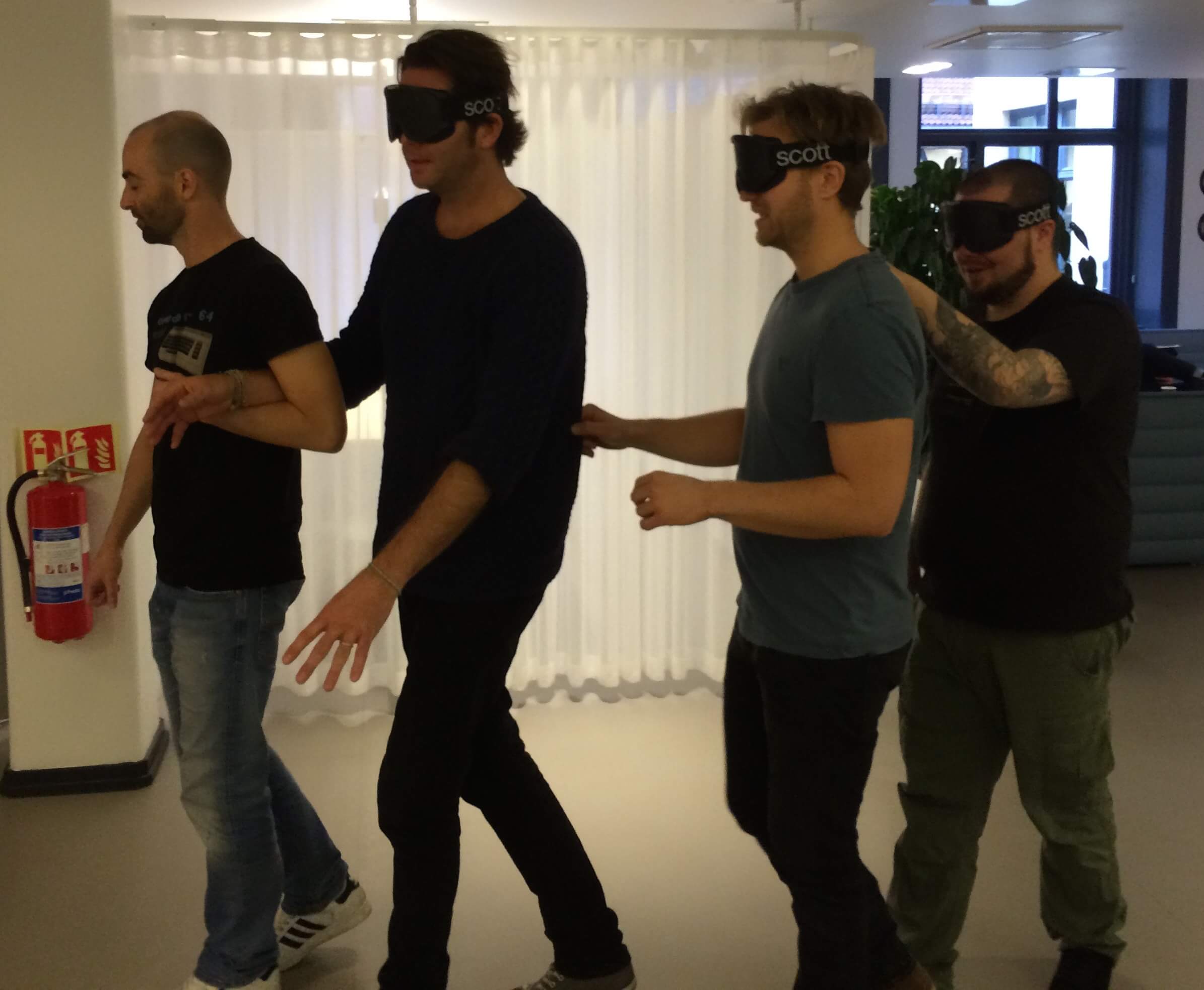 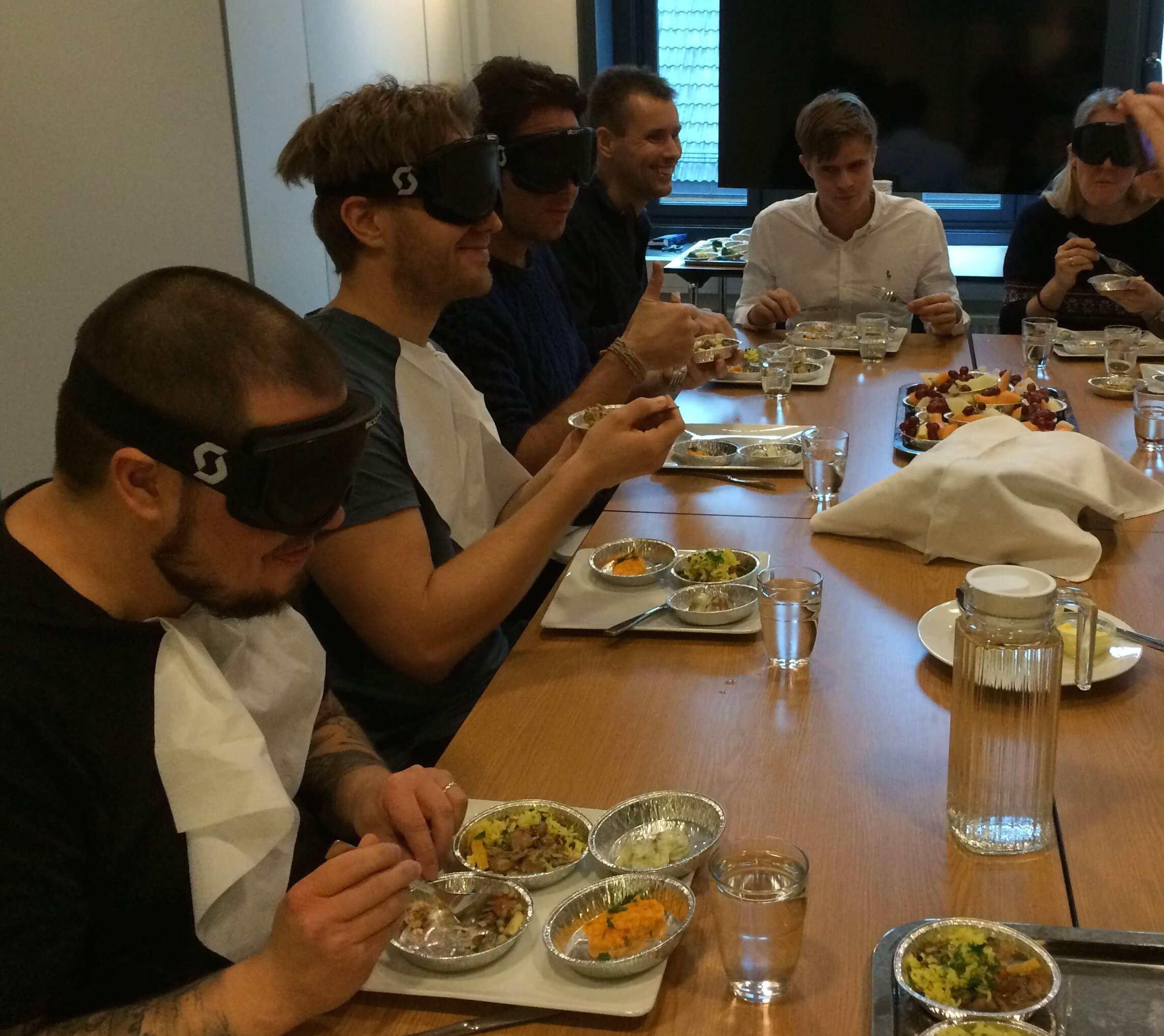 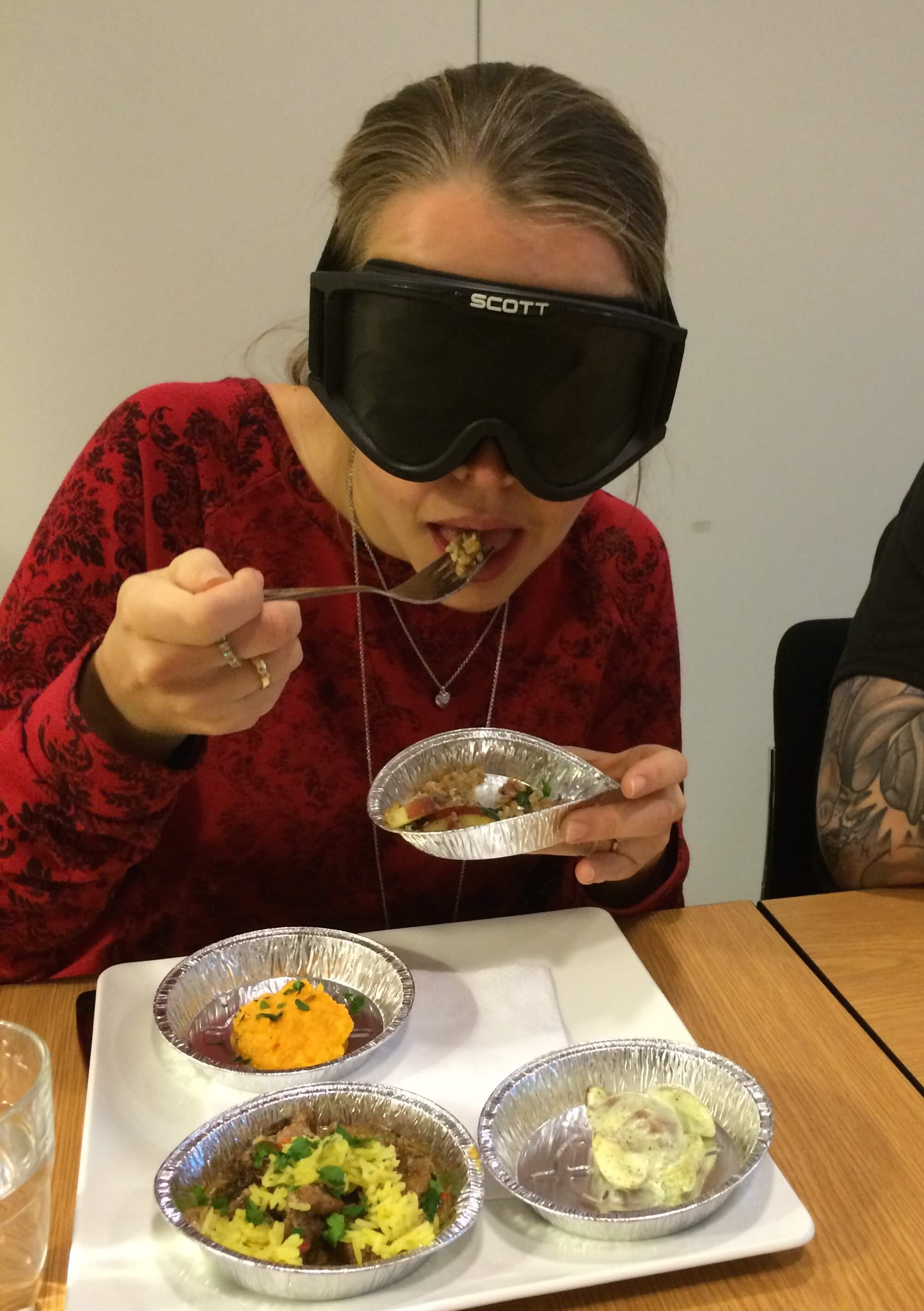 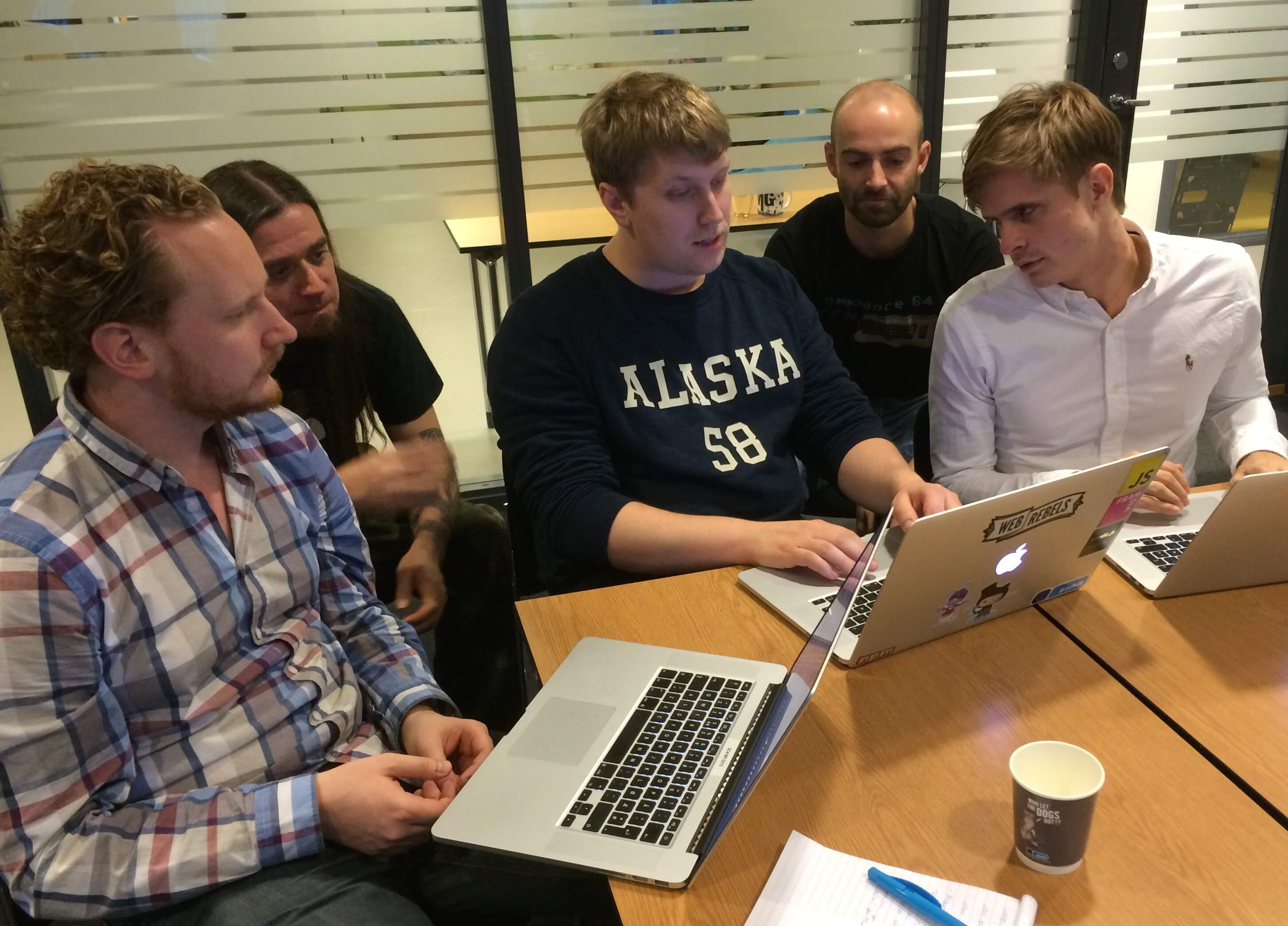 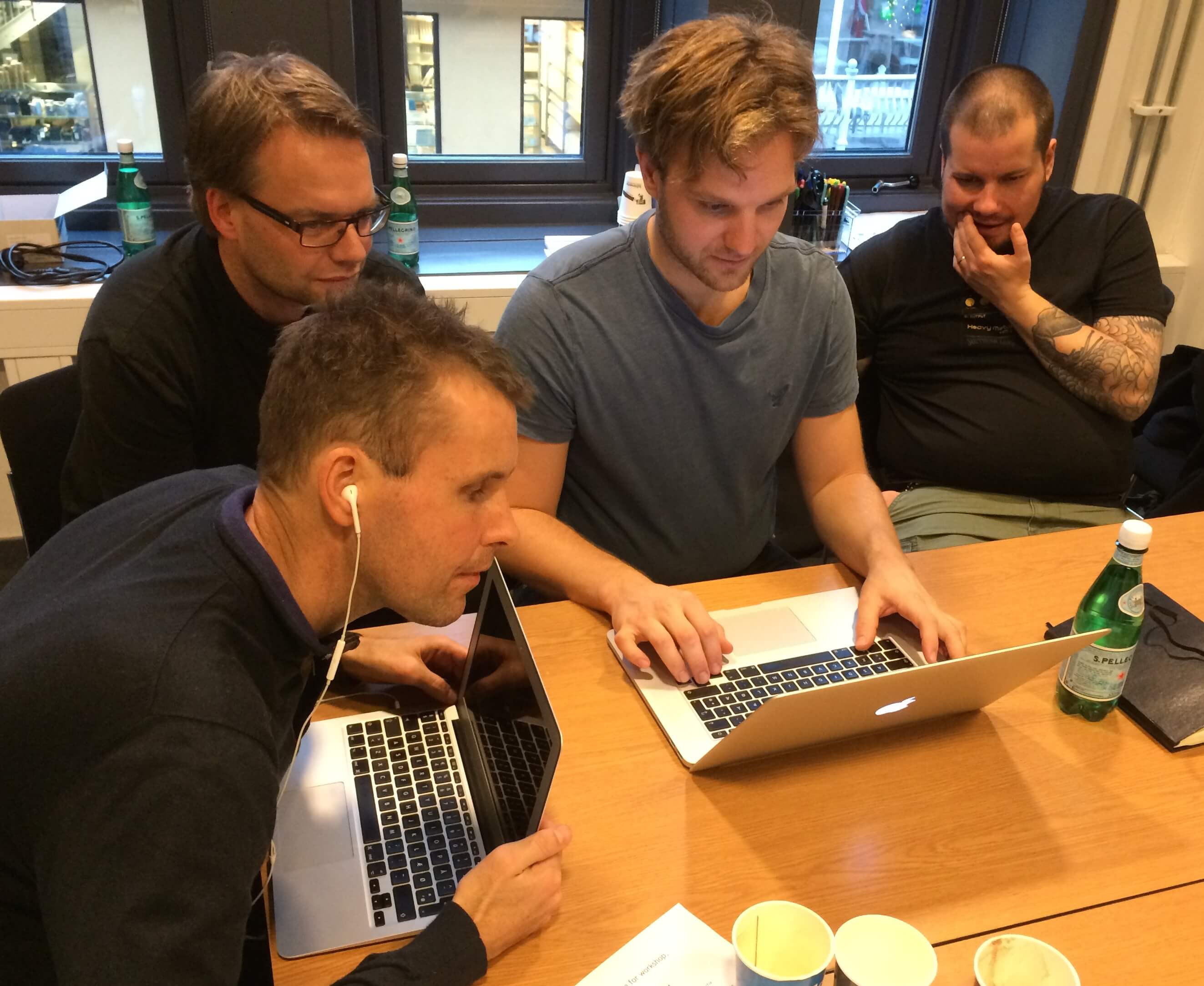